This was the first of many boot camps in STEM that will be organised with Projekt Inspire in partnership with Nelson Mandela African Institute of Science and Technology (NM-AIST) in Arusha and many other  Stakeholders including Tanzania STEM Initiative.

There were about 52 students from various regions of Tanzania, where 40% of them were females and of the whole group, majority came from public schools (72%) than private, who are considered to be receiving a less competent education exposure.  The academic level of participants was variable, from (12 yrs)  form 1 to (25form 6, of these 38% were in form three and the rest were evenly distributed across the remaining
levels.

Their STEM Career interests included Medicine Doctor which was a bigger group, Biology,  Chemical Engineering, Geology, Technology and Software Stuff, Maths, Astronomy, Civil engineer, Nuclear  engineering,  Physics aircraft and others Still had no idea what they really wanted to do.

All this with one major goal “To trigger participation of students in the STEM Career fields giving them an opportunity to learn about various career paths and develop interest in the field, triggering their creativity and research skills thus developing a well-rounded education essential to country’s development”

The students were grouped and made to do some activities according to their areas of interest.

This class had an intense session of learning about the DNA. The class was facilitated by Prof. Morris Agaba from NM-AIST whereby the students were able to learn about mutations that can occur and the variations in living things due to DNA. They did group works to imitate how DNA replication occurs and to see how mutations can easily occur hence introducing the variations. Furthermore, the students had a chance to extract DNA from fruits in the laboratory. There was integration of mathematics applications in biology. Calculating the percentage of certain nucleotides in the models, applying the statistical outputs like mean, median and modes.

The students in this session learnt about drones. They first learnt what drones are and their importance. Thereafter, they were taken through steps of building the drones from hardware to firmware and they did it as a group. Finally, they were taught how to operate and fly the drone. In addition to drone making, they made a solar cooker and they cooked eggs with the cooker. They also built an alternative way solar cooker and compared the efficiency of these cookers; which allowed them to learn how solar can be harnessed and used even at homes.

This session involved scientists presenting for about 15 minutes followed by a 45- minute discussion with the audience. Prof. Morris Agaba gave a talk on genomics and his research on why giraffes have longer necks. Victoria Makuru gave a talk on her research on malaria vectors. Tony Erick gave a presentation on drones and their application on anti-poaching initiative. Through this, students got the experience of hearing someone from the STEM talking to them on: their research, a day in their lives, how they got to where they are, etc.

At the end of the camp, students visited a Pepsi Plant in Arusha City whereby they were taken through the processes of making the soft drinks. These included from how the soda bottles are recycled; the clean up; refilling and quality assurance. They got a chance to drink freshly made soda!!
Click here for the link to the full event report. 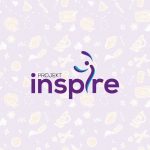